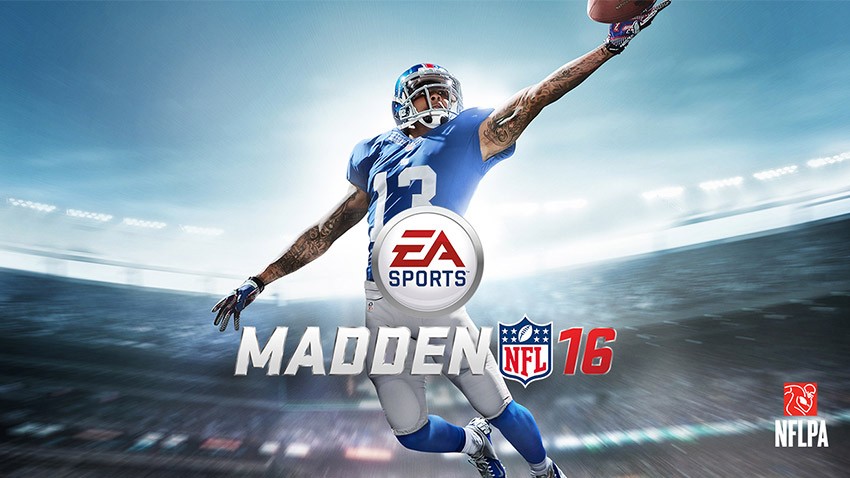 Madden is the one game that video game football fans can count on to deliver year in and year out. This year Madden 16 delivers a number of new fun features that add to the gameplay as well as the fun that all of the fantasy footballer’s like with Draft Champions and Ultimate Team. For those of you that Love Madden for it’s exciting gameplay you will not be let down. With the new “Air Supremacy” controls you will be making plays like never before. These controls allow for new types of passing, receiving, for the exciting big catch. For those of you that love watching receivers make amazing catches then you will be in for a treat. The controls allow you to prepare your receiver with multiple styles of catch that you can change after the pass has been made. These allow for a huge diversity in play styles and lead to some amazing catches including the always amazing one handed catches.

Gameplay – There are so many new facets of gameplay that I am going to break it out into two areas. The fantasy side which includes Draft Champions and Madden Ultimate Team, the second being the gameplay mechanics that are so prevalent in the latest iteration of Madden.

Madden Ultimate Team is back and is just as fun as previous versions allowing you to build your ultimate team, buy packs of players, win players by completing achievements, and by trading or winning them on auction. For those of you unfamiliar with Madden Ultimate Team basically you gather players ranging in quality and build a team. You use coaching style, play style, gather stadiums, uniforms, and look to upgrade your players and sign them to contracts. There are many ways to gain new players from buying them on auction or gathering them through the purchase of packs. Once you have a team you go out and play against other players or compete in scenarios that award you prizes and build your team to be that much better. One of my favorite aspects of this game type are the quick scenarios where you start with a minute left and have to either stop the other team or play your way to a win. This gets you into the action of a game without taking forever and can get you quick rewards with little time taken.

Draft Champions is a new mode of Play that allows you to quickly draft a team of players similar to Ultimate Team. You draft the core of your team in a quick draft. Then play through a competition. By winning the competitions you gain new rewards and achievements. Lose the competition and you will be back to the drawing board. This game mode is a lot of fun and forces you to be on your game. It is a lot of fun as you get to build some amazing teams and quickly get into the fun of playing Madden 16.

The new added features for Madden are very extensive the developers took a huge amount of time in developing more interactive controls for each position. Although tough to master many of the controls just make sense. Now I can toss the ball up for a Hail Mary and my receiver can play aggressive trying to win that miracle pass. If I need that last few yards but want to control the ball, I can play it safe and go with control catches. There are also a number of tweaks to the running controls where you can juke and move like never before. The biggest edition is the amazing and sometimes unrealistic one handed catches that get made. When going aggressive depending on the receiver and what choices you make the players will gather the ball with One hand and make amazing catches.

Overall the gameplay has had some great improvements. The game feels like Madden and is not overly complicated. Making for just the right mix of awesome new features and keeping with the reliable controls from many years of Madden gameplay. The new Draft Champions and continued presence of Ultimate Team make for tremendous amount of diversity and allows those of us fantasy football nuts with hours of enjoyment.

Visuals – As with All Madden games the improvements in the graphics has never stopped. Madden 16 is no different, the Stadiums look amazing, the lighting, shadow effects, and player visuals are stunning. When you add in the new mechanics from the game play as well as the new in game cut scenes and graphics Madden 16 is a visual piece of art. There have been some places where physics and players body parts get mixed together and look awkward. These rarely cause more than a quick distraction from the overall visuals. The faces and bodies of the players are amazingly close to the real deal they still have some work to do. Don’t get me wrong the game looks amazing and for many a times my wife walks into the room not knowing were playing and tells me to stop watching football. They have also added new visuals into the game such as on field cameramen and overhead cameras making the game feel all the more realistic. Overall the visuals are fun and things like one handed catches and bigger hits and better coaches the game visuals are very good.

Audio – Madden 16 has a great sound track and keeps you tapping your feet while in the menus. They also went to great lengths to make the commentators to be the best it can be. Phil Sims and Jim Nantz are the commentators and do a great job of conveying the Excitement of the game through their breakdown of the game and plays. The production value that was created for Madden audio make it a more immersive feel for the game. I am amazed many times while playing at how well the announcing matches the gameplay. Although not perfect the game does a great job in conveying the feel of the stadium, the sounds of the players, and the overall feel of being within a game of football.

Features – The features that come with Madden 16 are many and I will do my best to cover them here.

Play Draft Champions for a quick and fun Fantasy Football to reality games.

Play Madden Ultimate Team to build your best team for the long haul pick coaching styles, Jerseys, Stadiums, and all players. Build from a low level team and soon you could be competing against the best of the best.

Play Franchise mode and build your Team as the best GM in Madden football.

Utilize the new Offensive and Defensive skills to make unbelievable catches and runs.

Listen and watch the best that Madden football has to offer.

Final Thoughts – Madden is year after year the best NFL Football game for the video game market. Madden 16 is the latest in the lineup and does a great job at continuing their supremacy. With new Features like Draft Champions and the Air Supremacy controls the old will add to the new and you will be pleasantly surprised at the great play style. I enjoyed playing Madden and will continue to be a big fan of the franchise each and every year. If you like playing football on your console than Madden 16 is a must have.