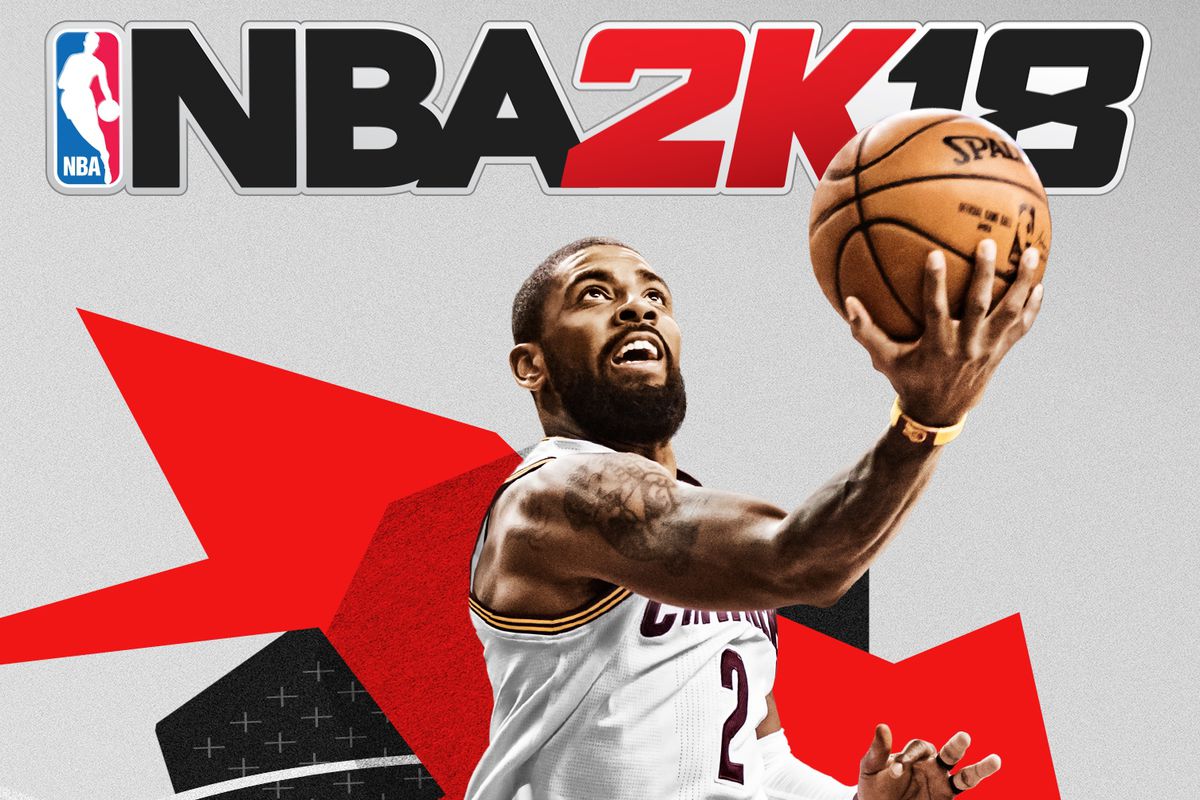 The NBA 2K franchise is one of the most fun and interesting Sports game franchises on the market. NBA 2K18 adds to that legacy with some great improvements from 2K17. They made huge improvements into the myCareer sections with new areas to go and new game types for you to play in. The myTeam is also a great place for you to build your super team. Overall NBA 2K18 is a great improvement from last year and continues to be the bar when it comes to Basketball games on consoles.

Let’s start with the gameplay; it is very quick and easy to get into games now with the play now options for those of us that want to jump into a quick game. There are also the many different options for moving into myCareer where you get to build your Avatar/Player and then build him up through his career. the new myTeam also has some great features added to it. Along with building your super team they have added some cool functionality to the cards you get from being able to get new shoes for single players to being able to craft and design your logos and other parts of your team. The myTeam is great fun to jump into. 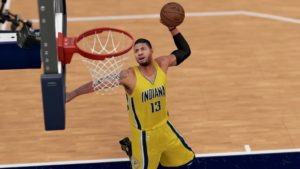 the most important part of the gameplay is how does it feel while playing a game. NBA 2K18 doesn’t drop the ball there either. Player movements are fluid and the many different controls give you great flexibility when running down the court or lining up the pick and roll with your big man giving the screen. There are some pathing issues that I found and some bugs at times where the ball does weird things but mostly great gameplay.

The game looks amazing from the crowds to the added time out features of the slam dunk teams, great mascot misadventures, and getting stuff into the crowd. The players look fantastic as they did a great job bringing the players to life. So much of the game features great imagery and while playing the game maintains that same great atmosphere. My one complaint is that after timeouts there are parachuting packages floating down through the game play; stop this please! The last thing that I found annoying is the Halftime show Shaq and Kenny just need some love in the half time show. They should just stick with visuals and graphics rather than show their faces. Overall the game looks great and the atmosphere of a real NBA game is made to come to life.

The announcing is very good and follows along with the game. I was laughing as at points the announcers break into stories and completely ignore the game just like real announcers. With the great ability for the announcing to follow along with the game it felt like I was watching real NBA games, great touch. The music that plays in the background is also enjoyable. Overall the Audio is done well where it does not interfere and actually makes the game enjoyable to listen too. 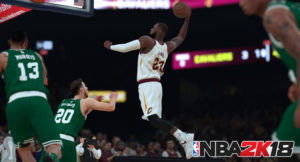 Great visuals of Lebron dunking over the Celtics.

NBA 2K18 has a ton of features which I have talked about including myCareer, myTeam, and Play Now options that allow you to run everything from a quick game with your friends to playing against the online world. My favorite aspect is to build myTeam and then take on other players and lose fabulously. With each feature they have taken steps to make them as good as it can be. The myCareer sections are great because you can now feel like you are walking around town and choosing your play style or events. Great realism and nice ways to build the content of the myCareer system. As always it is great to get new cool swag and build your character into a cool looking NBA player.

NBA 2K18 is a great addition to one of the great franchises. I played on the Xbox One and the game played great. The Visuals are great with some of the most realistic players in any game I have seen, just remove the half time show, and take the parachutes out of gameplay view. The Announcers are witty and provide a great realistic touch to the game watching experience. There are so many features it is hard to find time to play them all! If you like Basketball then you will want to get this game. 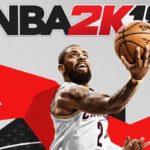