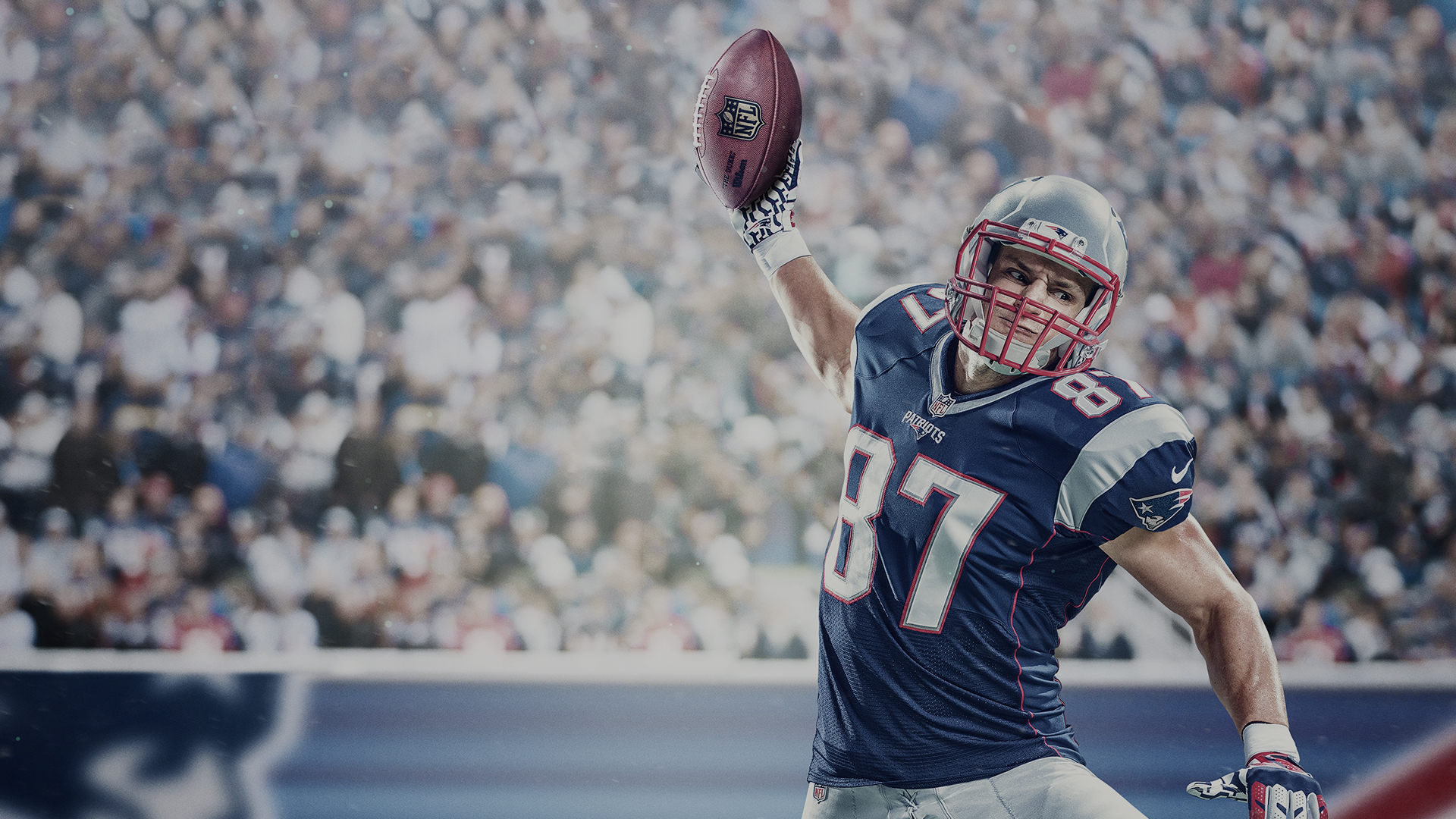 There is one thing that has been consistent for the past 25+ years when it comes to video games. That is each August the newest version of Madden NFL will be hitting the store shelves and each and every year many of us buy it and enjoy what they bring us every year. The Madden franchise is now the premier NFL game on the market for console. Each year the amount of improvements and amazing quality are clear. I am going to preview just a slight amount of what is to come for the next Game in the franchise Madden NFL 17 coming on August 23, 2016.

The most important part of any Madden game is what is it bringing that would require me to pay another $60 to purchase this year’s rendition of Madden. What makes it better than last year and what do I have to look forward too. With Madden 17 there is a busload of changes coming to every aspect of the game. Here are a list of new Gameplay mechanic changes coming to the game.

Ball Carrier Special Moves – Every player in the game has a special move rating – These ratings rank from Elite to Lumbering. Elite ranked players have the best moves available to them where lumbering big men will make slow and lackluster moves while carrying the ball.

Fake out Interaction System – Multi player fake out animations are dynamic animations that include all players who will animate based on the type of fake out that is used. These moves need to be orchestrated to when it is best used along with the different moves that each player has.

Ball Carrier Mechanics – There are now four unique tactics available to customize the running game. In combination with the fake out Interactions.

Standard Moves – Standard moves are executed by simply pressing the button while NOT using either modifier. When you press one of the buttons your player will perform a standard move as an example a spin move.

Speed Modifier – So as you press the speed button you now affect your ability to use the other systems. Your special moves will be faster and more precise and depending on the fatigue level of your player will aid or hinder in quality and speed of different moves.

Precision Modifier – Similar to Madden NFL 16, Precision Moves can be performed. These moves are longer and more deliberate than Standard and Speed moves, but can fake out multiple defenders at once – the better the running back is via his move-rating, the more explosive these moves will be.

Steerable Modifier & Utility Moves – Most special moves can be steered while performing a special move. Steerable moves offer the most control due to the user having the ability to choose the direction of the move. Not all moves are steerable

Utility Moves – For the move-buttons that aren’t steerable.

Tackle Battles – You are now able to control parts of tackles and if you win the tackle battle you may escape a tackle or as the defender you might get that tackle on the goal line.

They are adding a number of visual feedback items for you to look for while playing. These will allow the user to be more creative and have a better understanding of where the players are headed and where their special moves might be most useful. These include recommended special-move prompts, projected path indicator, special-move feedback text and a setting-specific ball-carrier threat cone.

Recommended Special-Move Prompts – You’ll see special move prompts above the ball carrier that serve as a recommendation for both the proper move to use for your ball carrier. Since this is a recommendation, you can follow it and hit the given button, or free-style it and perform the move you want.

Special-Move Feedback Text – when using the special-move mechanics, you’ll be given feedback text about your timing in the fake out window – Early, Late or Perfect.

Projected Path Indicator – There will be a path on the field showing the direction the ball carrier is currently headed based on the stick-input of the user.  The path will help users anticipate obstacles when navigating through the line and visually assist by letting you see when you should turn to avoid the obstacles.

Ball Carrier Threat Cone – The threat cone is a visual indicator to show you the fake out zones within the fake out interaction system for the move being recommended to you.

Ball Carrier Special-Move Settings You will now have three modes to utilize the ball carrier modes.

Assist – When using the Assist setting, AI will determine the best type of move to use based on the button pressed by the user

Manual – When using the Manual setting, the user is in full control of all Ball Carrier special moves.

So with all the new run mechanics What would football be without a defense. There are a number of improvements coming to the Defensive Side of the ball. The first is the extensive new Coverage Systems as well as the new Gap Control Systems.

New Zone Coverage Logic – Each new coverage is designed to be used in certain circumstances and each Coverage has assignments and rules and logic that dictate where the defenders move and protect. Assignments in the coverages have moved from three basic ones to 10 new coverage types these include. Cloud Flat, Hard Flat, Soft Squat, Curl Flat, Quarter Flat, Seam Flat, Hook Curl, 3 Receiver Hook, Vertical Hook, and Middle Read. The new flexibility and complexity of Defenders has grown by leaps and bounds.

With this Zone Coverage the Intelligence of the AI Defenders has been increased they now do Receiver Counts to aid them in whom they cover They also utilize post snap Counts to make any adjustments as the play moves on.

Gap Control – The Defensive side has gotten a huge reboot as far as the Down lineman are concerned as well. On each play each lineman and player has a job assigned to them. They will be assigned gaps to control. You will be able to see the gap assignments prior to the snap.

Post Snap Gap Control and Play Recognition Rating – Once the ball has been snapped the players now have a rating that allows them to identify the play faster or slower and their reaction times will vary based off this rating.

Technique – The new AI for Madden NFL 17 takes into account the technique that each player should and will be utilizing for their assigned gaps. Some of these techniques are Force where the player forces the runner in the direction they want them to go. An outside linebacker will push the running back inside where the rest of his team can coral him in. The Cutback player is on the opposite side of the field and their job is to watch for the reverse and make sure any cutbacks are dealt with. Fill players will Fill there gaps and keep their ground. Jet players are Blitzer’s looking to penetrate there gaps and get to the ball carrier. Crack-Replace players aid the force players on the outside to help protect the sides. 2-Gap players will now try to control two gaps.

Back on the Offensive Side they have made blocking more authentic as well. You will now see Moving Blocks, Reach blocks, Double Teams, Cut Blocks, and Force Blocks. Madden NFL 17 will be a true ground war for the big men and I love the looks of it.

Special Teams is up next. They have made some modifications to the way kicking happens in the game. They felt like the special teams was too automatic and so they wanted to bring more reality into it.

New Kick Meter – Now you will have to tap the buttons three times one to start the kick one to choose the power and third for accuracy. They have also added sky kick punts, backspin options and brought back the squib kick option.

Trick Plays – Teams will have multiple trick play options from punt and kickoff formations now. This is not totally new but they have improved the options to match some of the innovative play callers that are in the NFL now.

Kick Blocks – You now have more integrated opportunities to block kicks they have made a new system that allows for you to be more involved and successful at kick blocking.

Multiplayer Catch Outcomes – So in Madden NFL 16 everyone was making one handed spectacular catches. In 17 they have made it so only the top notch receivers bring in the super exciting catches however they still allow other player to make catches more based off their catching abilities. They have also increased the chances of wide receiver injuries as they stretch their bodies to make the aggressive catches.

SWAT Mechanics – So with the great catches the wide receivers are making Madden NFL 17 will now allow the defenders to swat the ball. Each defender will have three options Play Ball, Play Receiver, or Swat Ball.

Ball Physics – So they have integrated better physics into the game engine included in Madden NFL 17 is new ball physics. These will affect Organic Knockouts, Tipped Balls, Blocked Kicks, Onside Kicks, Loose Ball Recovery, and throwing out of sacks

The Graphics side of the game has been changed as well. New Cameras keep the focus on you creating a more immersive experience, Augmented UI extends the broadcast graphics into replays that highlight great plays and show the most important moments of the game. They have added new camera angles as well even down to the new Pylon cameras to catch that diving touchdown play.

Madden always has some of the most innovative and fun gameplay modes and Madden NFL 17 is not lacking here. With the Franchise mode where you take your team from the practice field to the Super Bowl. You will have more decisions to make as you run the day to day operations of your team.

Big Decisions – Franchise mode now gives you the choice making ability. With each choice there Is a consequence so make sure to pay attention to the details your team depends on it. You also now can set goals and based on those goals will decide whether you keep your job or if you hit the unemployment line.

Play the Moments – Now in franchise mode you can take your team and battle through games where you control the team in those critical plays, 3rd down and 1 Red Zone Offense or Defense. You now get to enjoy the game at a much faster pace.

Game plans – You now will be able to look at how your opponent deals with situations and plan accordingly based off the information that you have. The key to franchise mode is the amount of depth of control you now have.

Madden Ultimate Team – One of the best features from Madden is the MUT Allowing you to build your dream team and play as the best players of all time is amazing. They will now integrate dynamic players into the new MUT17 allowing players to upgrade throughout the season.

Madden NFL 2017 is looking to be one of the most exciting advances in the Madden franchise with the sure amount of new gameplay changes they have made. I am excited to get my hands on this game to see for myself just how immersive and fun the new game is.